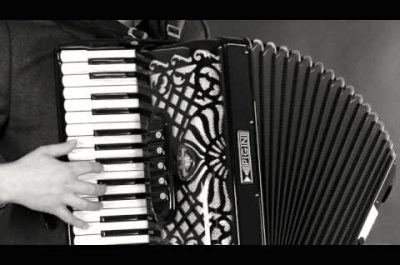 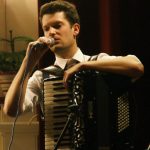 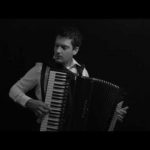 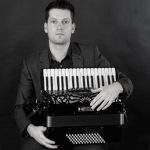 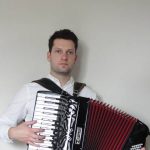 As a child this young accordionist threw himself into playing the piano and songwriting, having grown up around music. He learnt to play the accordion at the age of 15 after discovering the music of Django Reinhardt and Tony Murena, who became his musical inspirations. Jonny has performed at hundreds of events all over the UK such as weddings, parties, festivals, Restaurant’s, bars and for Celebrities at various events in Europe. He has also played on the BBC period drama ‘Peaky Blinders’. In the gypsy jazz and swing circuit, Jonny has

Destined to follow in the footsteps of his musical family, accordion became a part of life . His parents played in a country and western band that toured with Chet Atkins, his grandparents played in the Salvation Army and his great-grandfather was an accordionist. Jonny also performs in the swing/jazz band Café Manouche with his brothers. With musical talent clearly in his genes, you are sure to be impressed by his performances.

This very versatile player is perfect for weddings, parties and corporate events and can be booked solo or as part of a larger group.